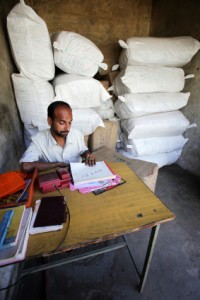 The Stanford Graduate School of Business recently announced that, with a $150 million donation, it will launch a new institute that will help alleviate poverty. Called the “Institute for Innovation in Developing Economies,” its aim is to develop research that can help business leaders innovate products and services that will build infrastructure and economic growth, which, according to the school’s website, will help relieve poverty in developing countries.

While relieving poverty may seem like a lofty goal, it might also be based on good business sense. Globalization and increased economic activity in developing countries have created and expanded markets for international business in ways that will play out for years to come. For example, a recent population report released by Goldman Sachs speculated that, because of explosive growth and continuing development in China, the Chinese middle class may be four times as large as America’s by 2030, and will undoubtedly represent a huge business market. It would be logical to assume that efforts to minimize or alleviate poverty elsewhere could generate a whole new class of consumers and associated business opportunities.