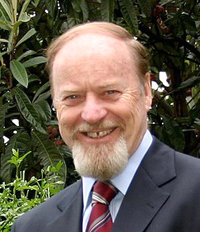 Brazil’s future growth potential has long been considered colossal. That future is arriving today, making it an exciting time for international students there. This according to Marc Burbridge, who teaches negotiation and conflict resolution at several universities in Brazil, as well as the Omnium Global Executive MBA program and Business School São Paulo

Why do international students come to Brazil?
In the new economy – well, this has been going on for about five years – but particularly today, it has to do with the fact that Brazil is playing such a leading role in the G20. And it’s an upcoming economy.

There’s an expression in Brazil – that Brazil is the land of the future, and always will be. Brazilians make that joke about themselves because it always will be, because they’ll never get there. But I think that the future is arriving today.