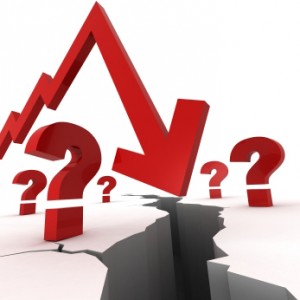 It’s official: there are fewer people applying for MBAs now then there were last year. A recent Bloomberg Businessweek study’s finding mirrors those of an earlier study by GMAC: MBA applications were down at most schools this year, after several years of big increases.

Businessweek, after getting data back from the schools on their top 30 MBA programs list (which includes Chicago Booth, the University of Michigan, and Southern Methodist University/Cox, among other schools) confirmed that GMAC was correct in their conclusions that:

A skittish economy, coupled with candidates unwilling to leave their jobs, may be causing some to hold off applying to business school, GMAC noted in its latest survey of application trends. “The impact of economic uncertainty on admissions trends for full-time MBA programs may still be underway,” GMAC said in the report.

Indeed, this seems obvious: that uncertain trends in the larger economy are causing hesitation in many would-be MBA applicants, especially those who are currently employed. However, this does not explain how between 2008 and 2010, at the height of a global financial crisis, the volume of applications for MBA programs were larger than ever, and even increased during this period of radical uncertainty.

Perhaps a couple of other factors have influenced this trend. For one, the previous few years have seen absolutely explosive increases in MBA applications, across the board. According to GMAC, 80% of surveyed two-year MBA programs saw increases in 2008, and 70% of one-year programs saw increases in 2009. These phenomenal increases significantly widened the application pool for MBA programs, effectively making them more competitive. And this increased competition is quantifiable: for example, as applications increased between 2005 and 2010, the average GMAT score for admitted students at NYU Stern School of Business increased 25 points, from 694 to 719. It can be argued that larger application pools have caused schools to become more selective, and this is beginning to drive a reverse effect in that many less-qualified applicants are starting not to apply.

Or, the less-qualified candidates may just be looking for career growth elsewhere. In fact, GMAC reports that as applications for MBA programs are decreasing, they’re actually increasing for other types of programs. A strong majority of surveyed Master in Management programs (69%) have received more applications this year than last; as did 83% of Master in Finance programs.

A potential upside of the decrease in MBA applications is that the high-selectivity trend will reverse. The fewer candidates a school receives, the bigger percentage they will admit to fill the class.

1 thought on “What’s Really Behind the Recent Decrease in MBA Applications?”