CEIBS (China Europe International Business School) was founded in 1994, and has since become one of the top business schools in Asia. It made headlines in 2009 when it became the first Asian business school to land in the Financial Times’ top ten list of global MBA programs. 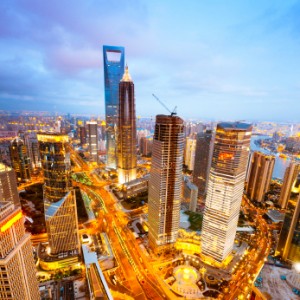 There are some positive factors that have driven CEIBS’ burgeoning global recognition. Mainly, it’s situated right in the financial capital of a country that’s experiencing unprecedented economic growth. In fact, one of the factors that’s encouraged CEIBS’ rise up the ranking charts is the fact that it can provide competent graduates to the leadership-hungry businesses in the area. If the country’s growth continues as predicted, there is no doubt that CEIBS will continue to play this role.

However, when leveraging this growth, some challenges will present themselves. Principally, as the MBA program develops, the leadership there will have to build the school’s virtually nonexistent research capabilities. This will be crucial for CEIBS, because any top MBA program needs a large amount of research capacity to develop its reputation for keeping abreast of business and innovation developments (see the Harvard Business Journal for a great example of how a top business school can produce top research.) Developing CEIBS’ research capabilities will take a healthy influx of new faculty, which ultimately takes time.

A less concrete challenge to CEIBS’ aspirations may be bureaucratic. The Chinese government has generally allowed many freedoms for academic institutions (the CEIBS campus is on a “special education zone,” which guarantees academic freedom,) but any future political shift may threaten the institution’s growth and reputation. This is what dean John Quelch said on this topic in the recent Forbes report:

“In some respects, as a free-standing institution, CEIBS is like the INSEAD of China,” says. It has tremendous scope and freedom when it comes to curriculum design and delivery.”

This sounds promising, but only time will tell if CEIBS can surmount these challenges and become one of the top business schools in the world.

For more on CEIBS, please see its profile page here at Find MBA, or read this article generally about MBA programs in China and Hong Kong.