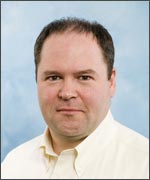 The energy industry is changing breathtakingly fast. David Elmes directs a new part-time Global Energy MBA program at Warwick Business School designed to help people in the industry keep up and succeed. Here is our interview with him.

What does it take to be a successful manager or executive in the energy sector now?

Basically, there are three things going on. Energy is getting harder to develop and produce. That applies to both the traditional oil- and gas-type resources, which are harder to find and more difficult to produce, and to renewable and alternative energies, where the ambition is to develop quite significant levels of energy production in a very short time. For many renewable energies, you’re looking at developing, implementing, and scaling-up industries at really amazing rates if you compare them to the normal evolution of industries. Whether it’s the old stuff or the new stuff – the first point is that the energy industry is becoming more difficult.

The second point is the “who’s who” and the roles that institutions are playing are shifting. There’s increasing activity from countries that own energy resources to do quite a lot of the work themselves. Previously, they might have relied on international companies to do a fair amount for them. Now if you look at companies based in Russia, Brazil, Malaysia, and some of the African countries, they’ve got pretty successful energy industries that are based in the country, and are less reliant on international companies. That has caused a lot of changes that managers need to understand.

The third factor is the issue of climate change. All of these changes in the industry need to be achieved in a really tight envelope of changing the way energy is produced and consumed that will ultimately lead to much lower carbon emissions, but not halt economic growth and development.

These three factors put together mean that it’s a lot more complicated being a manager in an energy company.  You’re now playing in a much more complicated arena, where you have to understand multiple sources of energy, changing roles in the industry, and how addressing climate change will transform the industry.

Your program doesn’t seem to focus on just hydrocarbons, nor just on renewables. How does it differ from the rest of the energy-related programs out there?

There are a number of MBA programs that look at some part of the energy industry. They either come from institutions offering technical degrees in that area – and have added a bit of management to them – or there are MBA programs that have clustered together a few electives about a certain part of the industry.

Our ambition is to support the energy industry overall. This is based on the belief that future executives in the industry will need to make complicated and difficult decisions that trade off all the different sorts of energy, the players involved, the markets they serve and the role the industry plays in society. We have therefore developed a program where all parts have been revised to combine the understanding of management disciplines people seek from a traditional MBA with a focus on the challenges and opportunities of the energy industry.

I suppose we’re more aimed at people who would like to accelerate their development to the executive level, where they are making decisions across the whole portfolio of energy.  People will usually start their career with a focus on one particular part of the industry, but an understanding of the industry overall is increasingly relevant at all levels of management.

So, the course will cater mostly to people already in the industry?

The industry in the broad sense, yes. There are the people who provide the various sources of energy – the oil and gas companies, nuclear, coal, renewables and so on. There are also the people who then transmit and transform that energy – so the generation and distribution companies, the retailers, and to some extent, the people in the consuming industries, like automotive and agriculture. But it’s equally relevant to the finance houses, legal companies, service industries, and consultancies, because there are teams in those companies that are integral to the energy industry, where people are interested in gaining the overall industry understanding we cover.

That doesn’t mean people have to have spent ten years working in the energy industry. There are some people who have moved more recently into the energy area, let’s say they had an engineering background and moved into wind farm development, or something like that. Or there are people who have come to it through a finance or consulting route, where they may have worked in other industries in the past, but now are focused on energy.

A large part of the energy industry did not recruit very many people in the late 1990’s and early 2000’s when it was relatively easy to find and produce energy, and meet demand. Now that things have become more complicated, companies realize they need pay particular attention to the development of people in early management, middle management, and heading toward executive levels. They don’t have many of them. That’s why we’ve developed it as a part-time program, so that people can carry on with their company while developing both the management skills people seek from an MBA and the overall understanding of the energy industry needed for their company to succeed in the future.