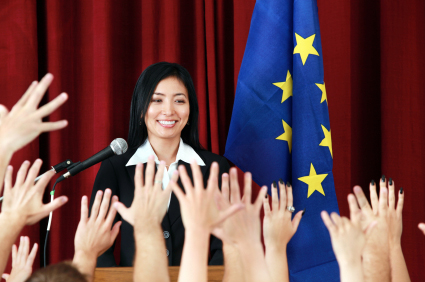 From Mitt Romney in the U.S. to William Hague in the U.K., a lot has been made recently about high-profile business leaders venturing into politics. In some ways, intuition holds that a good business leader would make a successful politician. For example, leadership and negotiation, staples of an MBA’s skillset, are extremely important in the political arena.

And some MBA programs are even beginning to integrate politics and public policy coursework into their curriculums. Yale School of Management now offers a course called “Washington and Wall Street: Markets, Policy, and Politics;” while the George Washington University School of Business offers an MBA concentration in Business-Government Relations. And Michigan Ross School of Business MBA students now have the opportunity to learn about Washington first hand during a week-long course called “Business and the Public Policy Process: How Washington Works and What Issues Matter.”

But some are questioning the perception that successful business leaders directly translate into good politicians. In a recent story in the Financial Times, James Pfiffner, a professor of public policy at George Mason University, said that there can be a disconnect between a business leader’s image in politics and his or her actual business performance:

“Voters like to think that business people are efficient and that they can bring good practices to government. But they only think about the best run companies and the worst run agencies. They forget about the thousands of start-ups that go broke every year.”

Indeed, even U.S. Republican Party presidential nominee hopeful’s Mitt Romney’s once-lauded business credentials he gained as a leader at the equity firm Bain Capital are being questioned, according to a recent Business Week story:

“[A]ttention has fallen mainly on the collateral damage inflicted by private equity firms and the preferential tax treatment given to those who have amassed fortunes running them.”

Indeed, the political limelight can illuminate parts of a leader’s past in many unanticipated ways. However, this is not to say that gaining political knowledge in b-school is an unworthy pursuit, because if anything, the political realm affects much that happens in business. In the following video, IE professor David Bach says that this is especially true for managers of multinational corporations, who must regularly navigate regulations, environmental concerns, and a pervasive media: