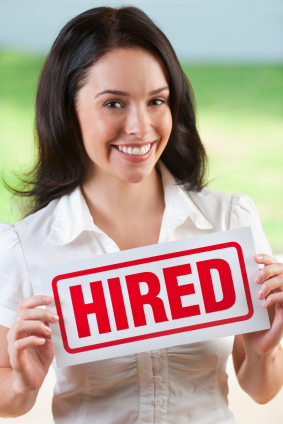 Similarly, in their “Salary and Jobs Trends Report,” QS Top MBA found that salaries are generally rising, and will keep doing so if the global economy does not fall into a double-dip recession. The report found that, last year, there was 36% growth in overall worldwide demand for MBAs from the previous year. And specifically, employers are seeking MBAs with global experience and robust “soft skills” as hiring increases in regions such as Latin America, India, and China. The QS report also points to several sectors where hiring is particularly strong, including IT and computer service, pharmaceuticals, and manufacturing.

As a result, the increasing demand for MBAs is effectively speeding up recruitment at top schools. For instance, 84% of this year’s class of Stanford MBAs had job offers by graduation – an increase from 79% of last year’s class. Similarly, 86.1% of this year’s class of Chicago Booth MBAs were recruited by graduation (versus 81.5% last year); and at Carnegie Mellon – Tepper, it was 84.13% – a huge jump from 69.7% the previous year. 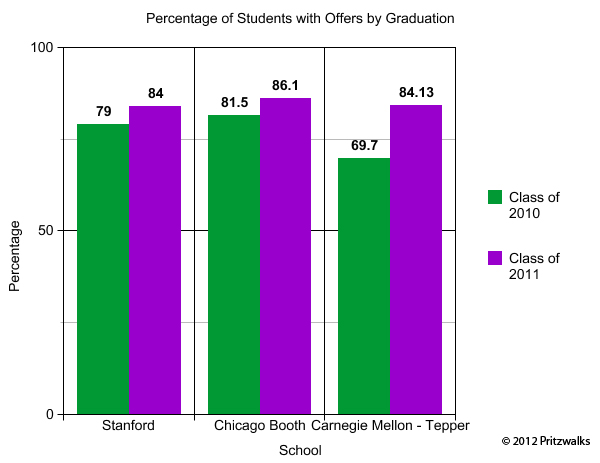 Although the job scene looks pretty good overall, the QS report also contains some points that are particularly important for MBA applicants and graduates. The first is geographic: QS found that, while MBA demand in much of the world remains strong, “MBA demand in Central and Southern Europe is flat. In particular, demand for MBAs in Russia has slowed down after a couple of years of heady recruitment fuelled by an energy boom. As uncertainty over the financial stability increases, it is likely that MBA recruitment in the region will become more cautious.”

The  report shows a continuing increase in the hiring of MBAs with little to no experience: