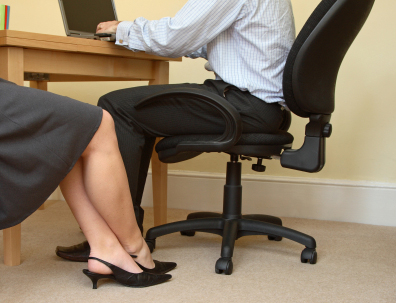 In a recent episode of Fox’s new sitcom The New Girl, Zooey Deschanel’s normally-frumpy character, Jess, is asked by a male roommate to accompany him as his date to a wedding in order to make his ex-girlfriend jealous. For the occasion, the male roommate tells Jess that she needs to wear a dress that will basically turn heads.

Beauty is not limited to supermodels and A-list celebrities. It can be achieved by wearing flattering styles, getting in shape, improving posture and putting some effort into choosing clothing and hairstyles.

In this sense, maybe what we should take away from this is that, even for relatively unattractive people (or men, or people who are hesitant to drop thousands on body augmentation,) is that “soft skills,” like self-presentation and making people feel at ease, can be effective tools for climbing the corporate ladder. Investing in a good, professional wardrobe or public speaking lessons can at the very least boost one’s confidence and help with networking and persuasion.

In this realm, MBA programs can indeed help. In recent years, some MBA programs have acknowledged this need, and have begun supplementing traditionally technical curriculums with a broader focus on “soft skills.” Warwick Business School, for example, has set up a behavioral science group that draws on disciplines like psychology and neuroscience to help students better interpret how humans behave in social situations. And Columbia Business School offers its “Program on Social Intelligence,” that, according to Columbia’s website “helps students sharpen their self-awareness, judgment and decision making, and expand their abilities to solve problems.”