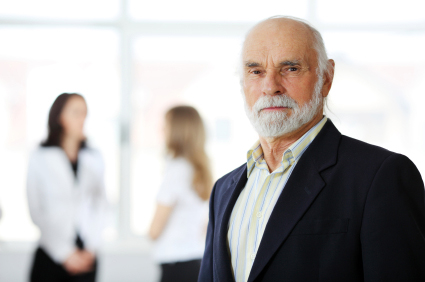 Over the past few years, business school deans have come under the scrutinizing eye of the media, as some schools have been actively recruiting new deans while getting rid of old ones. How important are deans to their schools? Can a good dean champion an MBA program to success? Let’s have a look at what deans actually do.

One of the main functions of a dean is to provide guidance, steering their school in specific academic and philosophical directions. A dean’s direction should ultimately provide a mission – and he or she should implement programs to meet goals. Last year, the business school world watched a shift in philosophy at Harvard when its business school named Nitin Nohria as its new dean. Nohria, who has long-developed interests in both business conduct and corporate transformation (he authored a great, forward-thinking book called Changing Fortunes: Remaking the Industrial Corporation,) quickly moved to integrate business ethics and a focus on teamwork into the school’s revamped curriculum. Although this shift can be seen as reactionary – many critics of HBS are quick to point out that some of their MBAs like Enron’s Jeffrey Skilling acted rather unethically in their business dealings – it also represents a legitimate commitment to curtail these moral lapses. At the very least, Nohria’s appointment demonstrates a continued transition away from an era of American exceptionalism: Jay Light, Harvard’s previous dean, had made strides to re-brand Harvard as a global school, strides that Nohria will undoubtedly lengthen with his international focus.

Somewhat related, a good b-school dean can also provide a sense of leadership that helps unite faculty and students with a sense of purpose. Solid leadership can help turn a mediocre MBA program into a great one. Although most deans (such as Nohria) continue to come from within academic circles, an increasing number of schools are looking for leadership elsewhere, and many are starting to recruit deans from the corporate world. Neil Braun, the former CEO of Viacom Entertainment and the dean of Pace University’s Lubin School of Business last year gave Businessweek his hit on leadership:

“I’m bringing to the table a real business perspective on how organizations are run. I feel like this place, because of the recession and other financial issues they’ve had to deal with over the last several years, needs a little bit of a shot in the arm with leadership.”

Leadership is indeed a quality that advances businesses in the corporate world as well as business schools. Leadership, along with a commitment to solid business principles, also helps deans get down to brass tacks: the most significant (and potentially the most influential) role a dean plays is chief fundraiser. According to a survey done by AACSB in 2003 (pdf), business school deans spend about a third of their time raising funds – and this time pays off, because big donations ultimately mean better facilities, better research, and more visibility for the school. A dean’s ability to inspire confidence in donors is a huge factor in securing funds – the AACSB study found that 55% of donors gave money because of their regard for the receiving school’s dean.

So, should you pick a school because of a dean? Ultimately, it shouldn’t be the sole factor that you base your decision on, but know that a business school dean can have a lot of influence over a school and its future.