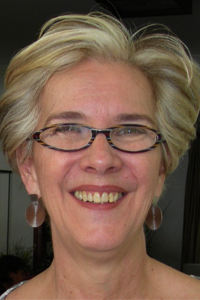 How much of the OneMBA program is focused on acquainting students with emerging economies?

The program started with the idea of allowing international students to exchange their better practices. This client has been changing a lot recently, because interest in going abroad – specifically going to the United States or Europe – has decreased. We have been getting more calls from people interested in learning the Brazilian way, because they are interested in Brazil or other emerging economies.

And in Europe, we don’t just go to Rotterdam (where Erasmus RSM is located) for the residency; we go to Rotterdam AND Istanbul, because we think that Turkey is an exceptional example of a country that wants to be in Europe, isn’t yet, but is almost there. There are all these challenges that Turkey is facing that is very interesting to study from the business point of view.

When we go to Asia, we also spend a few days in India. We don’t have a member of the consortium in India, but we have a partner school that hosts a three-day residency there.

How do international students respond when they come to São Paulo  for the residency?

It’s very interesting. They come from a residency at EGADE Monterrey in Mexico, where the industries are more dependent on the US. So, their      first comparison is between Brazil and Mexico, because they’re just         arriving from there. They start seeing the differences, and how Brazil is much less dependent and has more their own economy.

It’s a short visit. We have some visiting lecturers, we show some cultural aspects, and then we have lectures from different industries that come to talk. We have some case studies. Last year we visited a cosmetic company, and studied a case where they were going to enter the Russian market, but ended up not going. So we studied why they didn’t go.

Do some of your students use the program to get their foot in the door in Brazil?

I have a student who lives near Chapel Hill (North Carolina, where the OneMBA member UNC Kenan-Flager is located), and decided to do the OneMBA, but he decided to do his core courses in Brazil because he wants to work with Brazilian firms. He’s not going to move to Brazil, which is interesting, but he’s had Brazilian clients, and for him, it wasn’t enough to do an MBA where he would just meet other Brazilians; he wanted to actually go and be there. He says it’s no big deal: “Once a month I go to Brazil, I spend the weekend there, and I come back.” These guys fly a lot.

But what inevitably happens in the OneMBA is networking. We’ve had cases of students who became partners. For someone who intends to go to Brazil, he already has the network of people he can work with or hire.

How important is learning Brazilian Portuguese for working in Brazil?

The language issue is something that depends on what the person wants to do. If he is going to be an entrepreneur, he will probably learn a lot in the OneMBA, but he will have language problems. If he’s working in a multinational, then no problem, because English is the language. He will need Portuguese for his daily life, but he won’t need it for work.

But, true, if he wants to go to Brazil because he wants to start a business from scratch, he will probably have to have a Brazilian partner. I’m not saying that’s legally obligatory; in some cases it is, but not all. But the OneMBA has been designed exactly for executives who want to be capacitated to do business with the countries in this consortium, as Brazil for instance.