Well, you can’t knock ’em for lack of ambition. Founded by 25 German corporations in 2002, the European School of Management and Technology (ESMT) wants to be the “INSEAD in Germany,” and they want to get there fast. We asked ESMT MBA Director Francis Bidault about the school’s plans and the German MBA market. 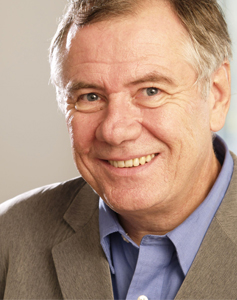 How would you assess the German MBA market right now?

There are lots of programs that are called MBA. The vast majority are either in German or bilingual. But only a handful are in English, and can really claim to be international. I could mention 10 or 15 names, and when we look at those programs that market themselves internationally – we are talking about 10 or 12, not more.

There are some quite good ones, but they are not yet in the rankings. I’d mention Mannheim, Koblenz (WHU), once in a while you see GISMA or Leipzig, and of course, ESMT. Those are the main names, but of course there are many more.

Is a German MBA a good gateway into the European management job market?

Our belief is that if you provide a good product, it doesn’t matter so much where you are located. Lausanne, Switzerland isn’t your typical business hub, but IMD is located there. The location does not matter as much as the network. If you are in a network of employers and recruiters that value your degree, I think it’s going flow into their own network.

To make a long story short, the ambition of ESMT is to create an INSEAD in Germany. The executives of these 25 companies are ambitious about the school, and want to put it right there in the top five or ten European business schools, and they want that to be reflected in the rankings, especially for the MBA program.

The reason they invested so much money in the MBA is they believe the MBA is the vehicle by which you can get seen and known. There is no question that the ambition is to be there in the top ten in Europe in the next five, ten years.

How do MBA students concretely benefit from this network of 25 corporations?

Number one, because of the proximity to the companies – and this is pretty unique in MBA programs – we have a number of top executives from these companies who come to lecture. We have a series we call the MasterClass where we have ten a year. You get that every once in a while in other MBA programs – maybe one or two a year.

We have very good relationships with recruiters. They come to campus especially to interview the students. And we have a small class of around 31, which in Germany is fairly large, but is small by European standards. But we’ve had 15 or 16 companies coming to campus. If you were a small school, not supported by industry, it wouldn’t be so easy for recruitment.

Based on the last few classes, we’ve found that about half the class ends up working for these companies. Why not more? There are always people that want to go elsewhere. If you want to work in New Zealand, it’s hard to find a German employer there. There are also individual preferences.

During the curriculum, we also have a practice project, which is like a mini-consultancy which students do for these companies, and this is also a good opportunity to get into the company and do something for them practically and interact with executives. They have a fairly intense interaction with the 25 companies, but they are not the only recruiters on campus. You may want to go into a different industry, which is not represented in our founders, say the fashion industry.

Why pick Berlin as the location?

Berlin is not a very business-oriented city at the moment. It’s not Munich, Stuttgart, or Hamburg. But it is nevertheless one of the big economic places in Germany for services, entrepreneurship, IT, communications and media, and banks. It might not be Munich, but it’s still a substantial place.

But the idea of putting the school in Berlin to emphasize that it is the school of Germany. It’s like the national attempt by German industry to put their flag on the MBA map. It’s to raise the profile. If they put the school in a more regional city, it might not have been supported by all the players. The idea is not that it’s a regional affair, it’s a federal affair. We want to put Germany on the MBA map.